The purpose of FBFC is to bring glory to God through our worship of Him, by equipping the saints for the work of ministry, building up the body of Christ in love, and evangelizing our world.

Our church is part of the Bible Fellowship Church

Learn About What We Believe I was brought up in the church and trusted Christ as my Lord and Savior early in life.  In 1988, an itinerant speaker came to my church and challenged the congregation to commit everything to God.  That Sunday evening I committed myself to being completely obedient to God by doing whatever God called me to do, wherever God wanted me to go, whenever God spoke.  After graduating from High School, I pursued further Biblical training.  I received a Bachelor of Arts degree in Biblical Studies from The King’s College in 1993, and began studying at Biblical Theological Seminary that Autumn.  It was in 1993 that I was hired as the part-time Youth Director at Faith Bible Fellowship Church.  In June of 1994, I married Alicia, who has been a great support and partner in ministry.  In 1997, I received my Masters of Divinity from Biblical Theological Seminary, and was hired to be the full-time Pastor of Youth Ministries at Faith.  In 2003, there was a lot of transition in our church, and in my ministry responsibilities.  I had the privilege to preach on a regular basis, to build relationships, and to be the pastor for people of all ages in our congregation.  In 2006, Faith Bible Fellowship Church called me to serve as the Sr. Team Pastor.  God has blessed my wife and me with four wonderful children, Ariana and Alexa, Ashton and Alia.  In 2013, I completed my Doctor of Ministry in Biblical Counseling from Master’s International University of Divinity, and have seen the Lord use this training in ministry as people seek to grow in Christ and need help along the journey.  We feel privileged to be used of God to touch lives, and look to the years ahead committing ourselves to the Lord to do whatever, wherever, and whenever He leads. 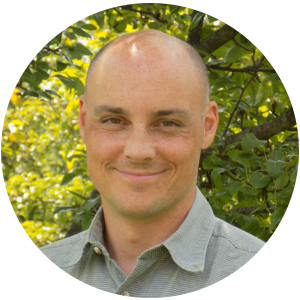 I grew up in a small town in Potter County, PA where my mom took my brother and I to a nearby church. I am grateful for the influence of my mom, a pastor and a Sunday school teacher that challenged me about the Lord and my need for a relationship with Him. As I became a teen my language, how I treated others and my attitude toward……everything was far less than glorifying. When I was about 16 years old God was convicting me of my sin and put a longing in my heart that was not being met in the things of this world. I trusted in Christ for salvation and He began to change my life. While at Creation ’94 I knew the Lord was calling me into youth ministry. Though I struggled with this calling for a time, God renewed my passion for ministry as I served at a summer camp. I graduated from Geneva College in ‘99 with a Bachelors degree in Christian Ministries and later that year married my wife, JoAnna. Since then I’ve served as the Director of a teen center, Youth Leader and Counselor at an alternative school’s day treatment program. The Lord has blessed us with two wonderful daughters, Emma and Michala. God continually shows Himself faithful to us as we seek to grow in the Lord and serve Him with our lives all for His glory

Faith Bible Fellowship Church of Harleysville was born in the late summer of 1897.  The Graterford church (of the Mennonite Brethren in Christ Denomination) had the burden to plant churches in neighboring communities.  The Graterford-Trappe-Harleysville circuit (multiple churches served by one pastor) was established and would be the last circuit to be dissolved by the conference, that in 1963.

In 1899, Tabernacle or tent meetings were held in Harleysville, Souderton, Lederachville and Skippackville.  Through these efforts some of the first members of the Harleysville class were saved (Michael Ziegler and Elsworth Hartman were among them.)  During the period of 1907 to 1914, membership ranged from a high of 26 to a low of 20.  The church met in homes, and had very energetic meetings.

In 1914, God blessed the young congregation with a building of its own.  A former schoolhouse on Main Street, and the church began a new period of growth.  The church was often called the “Church on the Hill”.

The Harleysville Sunday School opened in 1926 with Henry Schueck (brother of Kathryn Dietz), as Superintendent and Lizzie Mae Swartly (oldest living member of FBFC) as Secretary.  The Sunday School began with 10 officers, 40 Scholars and an average attendance of 66.

The church continued to grow.  Some of the reasons attributed to this growth were the tent meetings, the prayer meetings and Bible studies.  Kathryn Dietz recalls that at times there were so many people in the room (at prayer meetings) that the kerosene lamps would grow dim because people were using up all the oxygen.

One of the distinctions of Faith Church was baptism by immersion.  Baptisms in the Perkiomen Creek would attract crowds of the curios, and became a great witness to the community.  The church continued to grow, and by 1940, the membership was 64.  In 1948, the congregation negotiated to use the Community Chapel on Mapel Avenue.

In 1963, the Harleysville church purchased 3.175 acres from PK Alderfer, part of his fathers farm, and began building a ranch-style parsonage.  This began the process of breaking the circuit.  In 1964, they welcomed a new pastor, Pastor John Golla.  But it wasn’t a good mix, although plans continued for relocation of the church to the site next to the parsonage.  And in 1965, the conference assigned Pastor David E. Thomann to the Harleysville church.  Pastor were assigned to particular congregations by the Stationing Committee of the Denomination until the mid 1960’s.  This newly independent church struggled, but in 1966, the church petitioned conference for full status as a church.  Ground was broken on March 8, 1968 for the sanctuary (now the Fellowship Center) and accompanying classrooms.  The church grew to a membership of 146 in 1974, but Pastor Thomann was called to serve at Pinebrook Bible Conference.

In 1975, the church called Pastor Arthur Frable and purchased additional acreage including the Alderfer farmhouse and barn, and added a multi-purpose gymnasium onto the facilities.  But things were not running smoothly.  By 1978, membership had dropped to 100, and there was a strained relationship between Pastor Frable and the congregation.  In 1978, the church called Pastor Paul Zimmerman, who led the church through a time of healing.  Membership grew, and so did the staffing needs of the church.  The church hired their first Associate Pastor, and a Secretary for the Pastors.  Pastor Zimmerman left the church in 1988 to return to the Mission field, and Pastor David Armstrong was called to the church in 1989.  As the community around the church grew and changed, so did the ministry of the church.  Membership grew to 193 in 2001.  Pastor Armstrong’s ministry at the church ended in August 2002.

Godly leadership from the Board of Elders led the church through this transition time, and the decision was made to call two Team Pastor s: Pastor Andrew Crossgrove, who had served as Pastor of Youth Ministries at the church for nine years, and Pastor Alan Miller.  In 2006, the congregation designated Pastor Crossgrove as Sr. Team Pastor .  In 2007, Pastor Miller was called to serve as the pastor at the Blandon church.

In 2007, the Harleysville Congregation will celebrate 110 years of ministry.  We look forward to watching God’s hand at work among the congregation here in Harleysville.  All for the Glory of God!

We look forward to watching God’s hand at work among the congregation here in Harleysville.  All for the Glory of God!

A BRIEF HISTORY OF THE BIBLE FELLOWSHIP CHURCH With the new union came a church paper, greater structure and new theological emphases. The Gospel Banner edited by Daniel Brenneman provided reports of evangelistic activities, stories to challenge the heart, and doctrinal articles which developed a new way of thinking…Articles selected from Methodist sources pointed away from Mennonite emphases. A new understanding of the Return of Christ to establish His earthly kingdom gained acceptance.

At the turn of the century, the Conference began to commission missionaries to diverse parts of the world, and new articles of faith were debated and approved. The Wesleyan emphasis on a “Second Blessing” or second work of grace, was evident in the article on Entire Sanctification. According to this teaching, the sin nature could be eradicated and the sanctified person be free from all conscious or intentional sin. The new articles on the Return of Christ reflected the widespread preoccupation with the impending end of the age.

World War One, the Great Depression, and the outbreak of World War Two did not dampen the spirit of evangelism. By 1920 the Conference was double what it had been in 1900. In the next twenty years it doubled again.

The Wesleyan notion of eradication of the sinful nature was replaced by the idea that the tendency to sin was counteracted by living victoriously in the Spirit as taught by Keswick sources. This was the beginning of an emphasis on the process of sanctification rather than on a second work of grace.

Relations with the other Mennonite Brethren in Christ conferences were not good. Doctrinal and ecclesiological disagreements were magnified by personality differences. When General Conference in 1947 voted to change the name of the denomination to United Missionary Church, the Pennsylvania Conference resisted. Pennsylvania was allowed to use the old name, but five years later voted to separate from the other conferences. The official reasons included differences over the doctrine of holiness, foreign mission programs, educational plans, financial autonomy, church government, and objection to a projected merger with The Missionary Church Association.

A Fellowship of Evangelical Mennonite Revivalists

Seven Mennonite revivalists, under pressure from their bishops to give up their style of evangelism, huddled at a farm house in Milford Township, Lehigh County, Pennsylvania. It was Friday, September 24, 1858, just two weeks before the next high council. Should they acquiesce to restrictions upon the freedom of expression they enjoyed in their revival and prayer meetings? No, they would not. And so they established the Evangelische Mennoniten Gemeinschaft (Evangelical Mennonite Society). One year later, the first Tuesday in November 1859, they held their first semi-annual preachers conference in the Evangelical Mennonite Meeting House in Haycock Township, Bucks County. Eleven days later they dedicated a new meeting house in Upper Milford Township, Lehigh County. Thus began the Bible Fellowship Church.

As other young men joined the preachers in revival, the organization developed. In 1866 they published their Glaubenslehre which contained a statement of faith and church order along with a constitution for their mission society. The articles of faith were essentially the Mennonite Dortrecht Confession of Faith of 1632. Their mission was to proclaim the Good News everywhere they could and to help others do the same where they could not go. They added meeting houses and preaching stations from Coopersburg, Pennsylvania to Wadsworth, Ohio. In 1959 the Conference adopted a new name, Bible Fellowship Church. New articles of faith were ratified which reflected more accurately the beliefs of the Fellowship. The practice of feet washing was dropped, and many other changes were made.  The pursuit of a biblical basis for every facet of the denomination characterized annual conferences and ministerial conferences. A multitude of study papers, discussions, and recommendations focused on a wide range of topics.

From a loose association of Mennonite revivalists, influenced by the holiness movement to a Wesleyan denomination to a Reformed fellowship holding to believers baptism, the Bible Fellowship Church stands today. Once each congregation was autonomous. Later they came under the strong hand of presiding elders in a modified episcopal system. Today particular Bible Fellowship Churches are ruled by local elders. Each particular church sends elders along with their pastors to Annual Conference. New churches continue to be built, education facilities are being added and new congregations and daughter churches planted.

Adapted from the history of the BFC found at http://www.bfchistory.org/files/briefhist